Many processes in video editing and creating animations can be greatly accelerated by powerful graphics processors (GPU), which is why when choosing or configuring (desktop) computers for the corresponding tasks, special attention is given to equipping them with a suitable and powerful graphics card. With laptops or embedded computers (like Mac Mini) and all-in-one computers (like an iMac) without internal expansion options, you don’t have to be content with the integrated GPU, you can connect an external graphics card via Tunderbolt 3 to use it to take advantage of the graphics performance .

American Sonnet Technologies Inc. Now the new eGPU enclosure “eGPU Breakaway Box 750” as well as the “eGPU Breakaway Box 750ex” model, which has been expanded to include a USB hub, with each graphics card that can be used externally. (As a provider of Thunderbolt PCIe Expansions, interface cards, and media readers for professional video applications, Sonnet already introduced similar products earlier.) 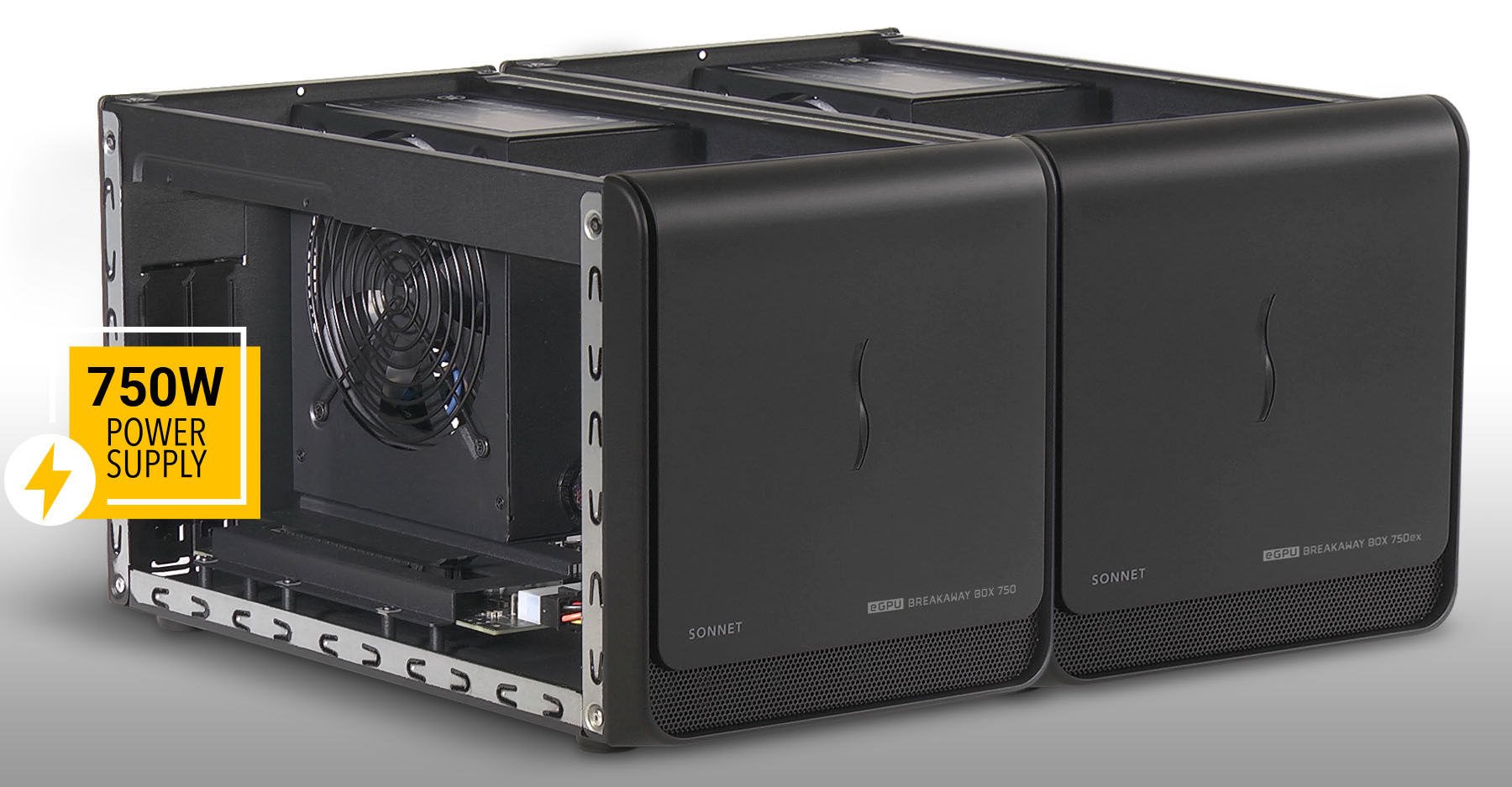 The two new GPUs that you can add contain 750W power supplies, which should be enough for even the most powerful graphics cards.

With eGPU expansion systems, users increase the graphics performance of the computer, as they can connect a powerful graphics processor card to their desktop or workstation via Thunderbolt 3. This bypasses the GPU on the computer and achieves graphics performance that would otherwise not be achieved. Sonnet’s Breakaway Box 750 and 750ex eGPU systems are designed for professional users who need to run graphics-intensive applications on eGPU-compatible laptops, all-in-one or compact computers. The products are specially designed for quiet and reliable operation with good cooling.

The GPUs integrated into a computer are often very slow to handle demanding workflows, especially for professional video applications. EGPU Breakaway Box greatly increases your computer’s graphics performance as it supports most AMD and NVIDIA based GPU cards. With the eGPU Breakaway Box 750ex, users receive four additional USB-A connections to which they can connect a mouse and keyboard, for example, as well as a Gigabit Ethernet connection for wired networks (LAN). 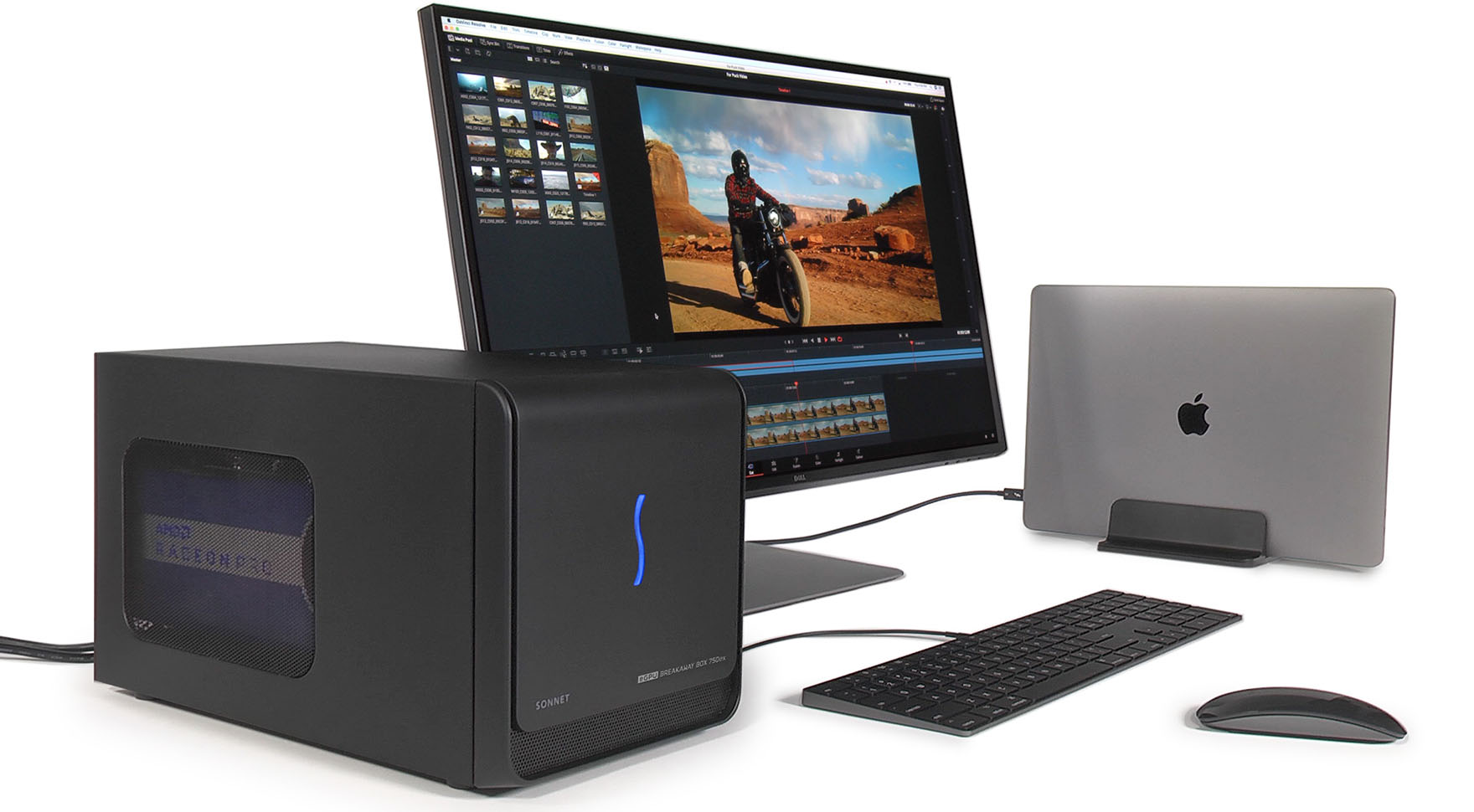 Advantages of the solution

Sonnet’s two new separate box eGPU models contain the most powerful power supply currently available in an eGPU system. Thanks to high wattage, power supplies provide more than enough power for the currently available cards and can also support more energy-hungry and predictable cards in the future. The eGPU Breakaway Box 750ex contains a 3-second Thunderbolt controller. This supports additional USB and Gigabit Ethernet ports. The ease of use is also increased compared to previous eGPU systems with additional ports that were more prone to operational issues.

The eGPU Breakaway Box 750 (Article Number GPU-750W-TB3) and eGPU Breakaway Box 750ex (GPU-750WEX-TB3) have been available from Sonnet since the end of January 2021 and will soon be available from computer dealers and electronics stores. Prices have not been announced in Swiss francs, but should be in the range of 350 to 400 francs, with the 750ex fund being around 30 francs more expensive than the standard model.

eGPU Breakaway Boxen (Overview of the page in English)