In a letter to Elizabeth II, the Grand Duchy Court expressed its sympathy and sorrow over the death of Prince Philip. The message, which was published on Saturday morning, reads the following:

The Grand Duchess and I are deeply saddened to learn of the death of your beloved husband, Prince Philip.

The Duke of Edinburgh’s long service to your country is unparalleled. He began in the Royal Navy, where Prince Philip excelled in several battles in World War II.

He brought the same discipline and intelligence to his activities as Prince Consort and will be remembered with love and respect for his strong support and commitment to your Majesty, your family and the United Kingdom.

Personally, we have many wonderful memories of our meetings over the past decades. We have not only been deeply impressed by his serious commitment to social and environmental issues, but also by his intelligence and sense of humor. The friendship that Your Majesty and His Royal Highness shared with my late parents still carries a special meaning for my family.

With the people of Luxembourg, we extend our deepest condolences to your Majesty, your family and the people of the United Kingdom. “

Link English writing on the side of the yard.

Frank Goebel trained at the Trierischer Volksfreund and wrote for many years about the people, politics, and art of Trier and the region. As a trained photographer, he has also supplied photos to the regional and national press. Today he provides reports on Luxembourg and the rest of the world from the Tageblatt office on the Internet. He lives in Trier, but comes from the Ruhr – and thus feels at home in Esch / Alzette, which is reinventing itself among the closed mines and shanties. “

See also  Galaxy Digital is planning a webcast and investor meeting on the results of the second meeting... 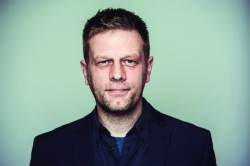