The final week of the Forza Horizon 5 World Cup has begun, and #Forzathon is dedicated to the remaining two nations’ rivals, Great Britain and Japan. There is another restriction when choosing a vehicle. The vehicle must be manufactured after 1999.

Both countries are represented in the game with the following brands:

However, some are leaving. For example, Austin-Healy does not have a suitable vehicle to choose from. For Chapter 3 you also need to choose a vehicle with some power (I recommend A or slightly above). If drifting is not your thing, using the drift system can make your life easier. A solid option, for example, is the 2003 Toyota Celica SS-I Tuning 134 996 812. Only used for Chapter 2! Of course, you can change the car for episodes and use existing vehicles.

You can not connect to the playlist, as there is no dirt outside of #Forzathon this week. You have to win the race of the Dirty Racing Series. There is no specification about the type of species. Short options:

You can create an event for rounds and exclude drivers and / or reduce the number of rounds, thus saving time. Alternatively, you can use the following route without a driver: 695 994 068. 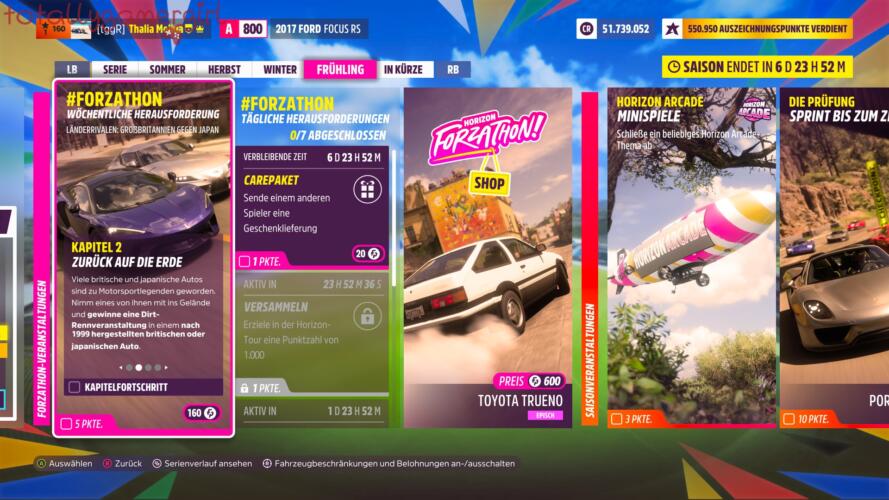