What do nylon, sulfuric acid, and non-Newtonian fluids have in common? It is suitable as a topic for an entertaining short lecture, the so-called Peace Science. One such event took place Thursday evening at the Comenius-Gymnasium, organized by nine students from the “Science Slam” P-symposium and their teacher, Berger Pistol.

Science Slam is all about science – but above all about entertainment. In a maximum of ten minutes, you can deliver a lecture with an aha effect, including laughter. Regardless of the scientific topic – the main thing is that it is presented in an understandable, interesting and humorous way.

The jury evaluates the Science Slams competition according to five criteria: liveliness, humour, professionalism, impression, and comprehension. After the principal welcomed the jury and spectators – the event occurred naturally under applicable hygiene regulations, including 2G-plus – student Anton Ilg of Q12 took the position of project manager and explained the modus operandi of the event. After each contribution, jury members must use panels to show their rating. The journal Science Slammer was moderated by Berger Pistol.

Florian Killinger was the first player criticized in the tournaments, and his theme was “non-Newtonian fluids”. His performance aroused a lot of laughter in the audience, and he practically demonstrated the properties of these liquids on stage with a mixture of four kilograms of flour and two liters of water. The second lecture was recorded as video by Anton Ehrlich and “Induction”.

Third place was Xaver Leitl with the theme “Liquid Nitrogen”. Fortunately, MAN Energy Solutions SE, formerly Deggendorfer Werft, supplied Comenius-Gymnasium with a large amount of liquid nitrogen in a suitable container. Xaver Leitl showed the audience that you can use it to freeze and then break up roses, or hammer nails into wood with a banana frozen in liquid nitrogen.

Sebastian Ludwig lured the crowd the wrong way when he started the slam with a picture of women’s legs in nylon stockings and high heels. It wasn’t about hormones and stimulants, it was about nylon and its discovery. There was a huge applause when Sebastian performed a beautiful real-time experiment making nylon string on stage.

Number five was Laurenz Weiderer with his subject “Sulfuric Acid”. In practical experiments, he showed that you can easily drill holes in socks with sulfuric acid and create a black column of sugar and sulfuric acid that is pushed out of the beaker.

As crowning glory, Maximilian Esterbauer with his topic “Combustion” showed in an amusing way how a fire can be moved manually and how much noise it can make with an empty ravioli can and some hydrogen.

The jury made up of Dr. It was not easy for Markus Born, Managing Director of the Bavarian Chemical Associations, Third Mayor Renate Wesmayer, Brigitte Elg of the Alois Fischer School, Markus Belmayer (University of Munich) and Comenius Director Martin Huber. It became exciting when the results were evaluated to select the winner of the Comenius Science Slam. Laurenz Weiderer was finally victorious, convincing both the jury and the audience with his dry sense of humor and obtained Erlenmeyer’s golden flask.

After a very entertaining 80 minutes, Anton Elg bid farewell to the jury and the audience. It shouldn’t be the Comenius Gymnasium’s last science tournament. – And 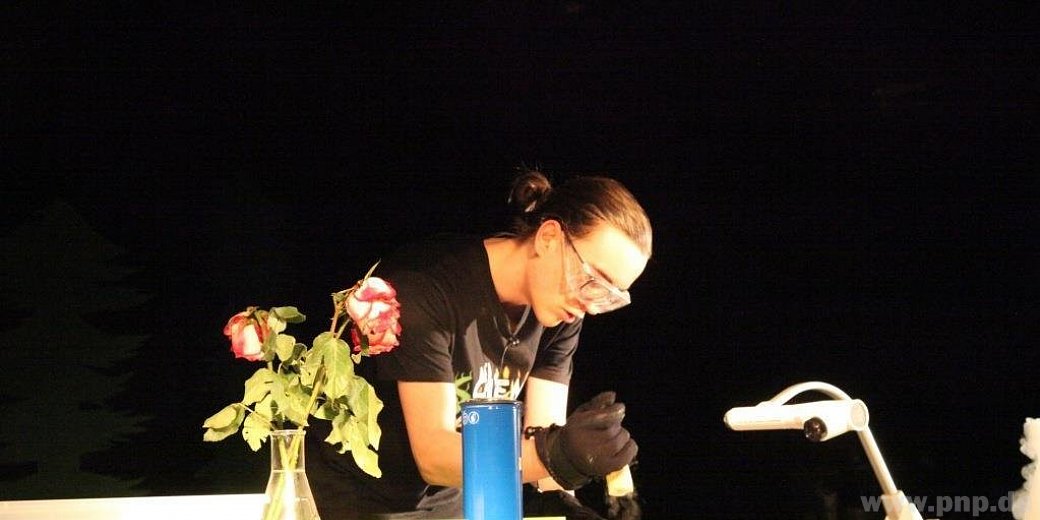 Xaver Leitl beat banana nails and let the roses crumble – with the help of liquid nitrogen. 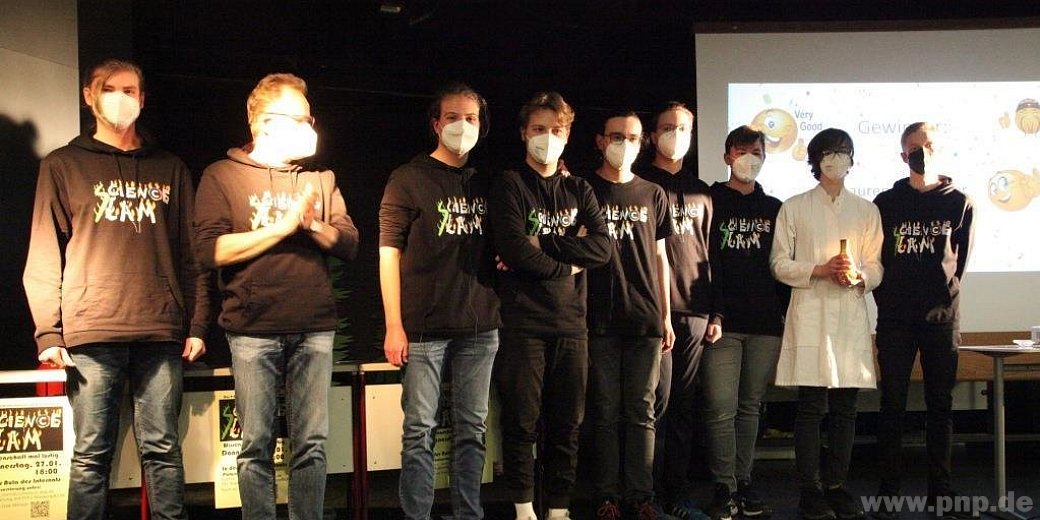 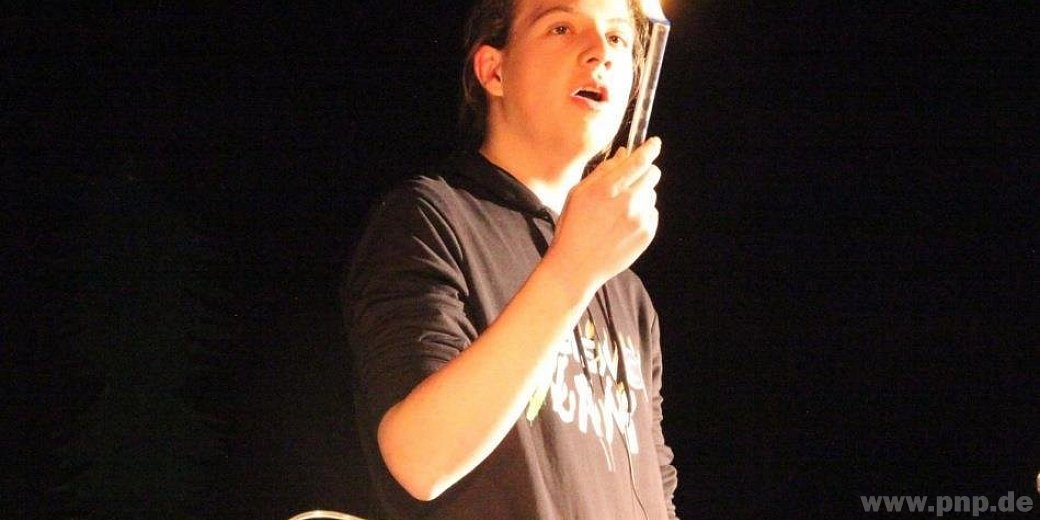 Maximilian Esterbauer presented his theme of “combustion” in an amusing way, 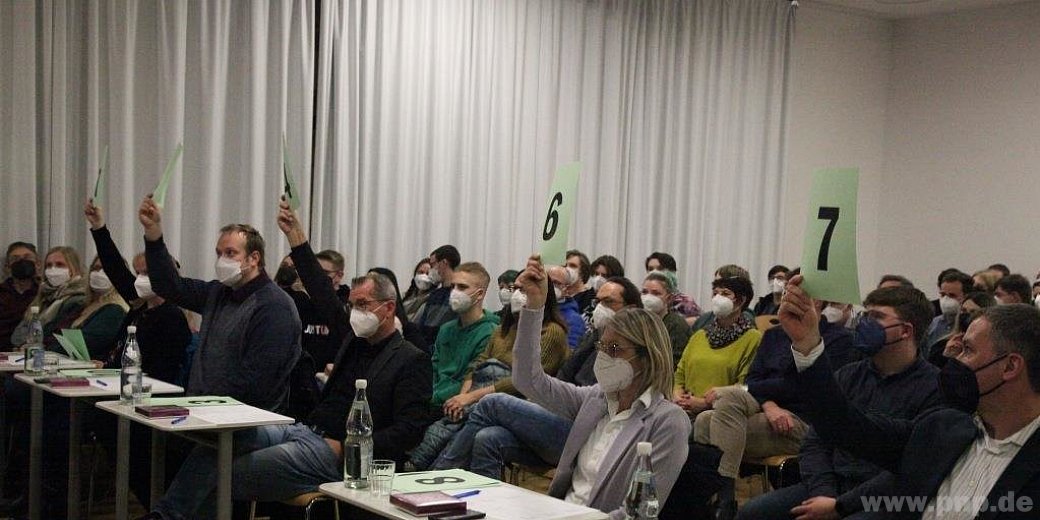