Microsoft has confirmed that Dragon Quest Builders 2 will be officially included in the Xbox Game Pass at launch.

This morning there was already clear evidence of this Dragon Quest Builders 2 It can also be playable to Xbox Game Pass subscribers at no additional cost.

Microsoft is now making it official and confirming that the game will also be available in Xbox Game Pass on Xbox One and Xbox Series X | S (via backward compatibility), Windows 10 PC and the cloud when launched May 4, 2021.

With the Xbox Play Anywhere feature, Dragon Quest Builders 2 will continue to share game progress and achievements on Xbox and PC.

At first, you slide into the role of the young apprentice builder who washes up on Awakening Island. There you meet the spirited Malroth, a mysterious boy who does not remember his past, who joins you as a friend and bodyguard.

Together, you can explore huge islands full of resources to collect and fight monsters. You help the townspeople, upgrade your skills to become a builder, and take on the Children of Hargon – a dangerous sect that celebrates destruction.

The player takes on the role of a builder, one of those rare individuals with the ability to create and build. You will explore numerous islands, build a community, take orders from townspeople, erect buildings and farms and fight monsters from the Dragon Quest series.

… or you ignore all that responsibility and instead build a small town or whatever. It is up to you!

Don’t be fooled by the name, though, the game has a new storyline that is a great entry point for beginners into the series. However, if you are a veteran of Dragon Quest, you will notice more than just a few connections to other games in the series.

There’s also the option to design and build with friends online! Up to four players can collaborate online to build anything imaginable in Sandbox Island of Awakening. And yes, this edition will include the Hotto Stuff Pack, Modernist Pack, Aquarium Pack, designer sunglasses, historical hood, Throne of the Dragon Lord and more! “ 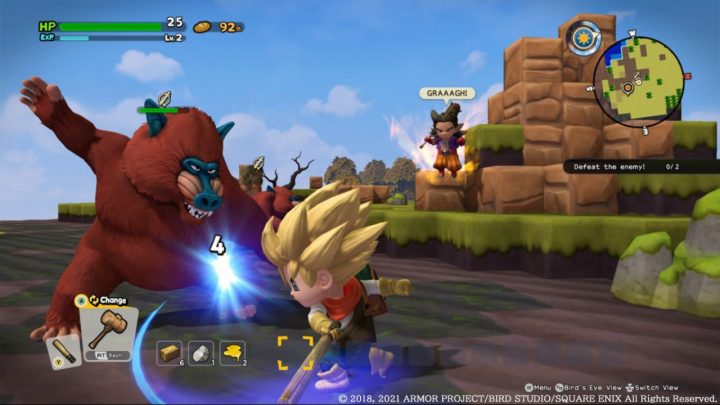 READ  Is there life on Saturn's moon Enceladus?