The winter storm led to power outages and traffic chaos. Snow drifts in the mountains of Northern California have blocked important highways and downed electricity poles. Several flights were canceled due to the icy runways. In the Sierra Nevada, according to the authorities, 1 meter of fresh snow fell in 24 hours, and the total amount of snow reached a new record of 4.80 meters for the month of December. Forecasters expect more snow. The Reno National Weather Service issued a winter storm warning until early Tuesday morning (local time).

For California, which has been grappling with the effects of years of drought, heavy snowfall is a glimmer of hope because it can replenish groundwater reserves. The amount of snow was a “pleasant surprise,” said scientist Andrea Schwartz of the Snow Laboratory in the Central Sierra Nevada at the University of Berkeley. It’s still too early to declare the drought over, “but the western US appears to be getting help with it.” 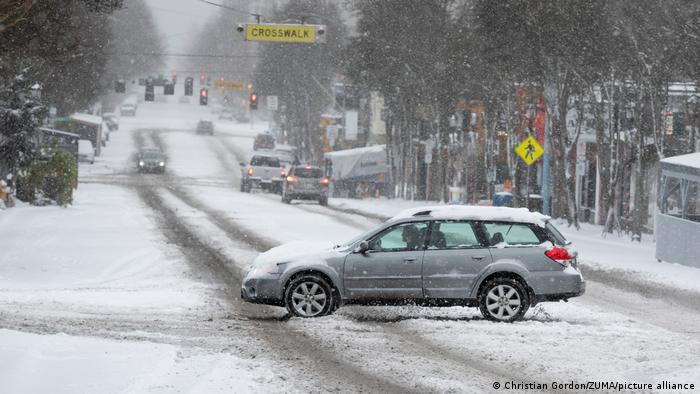 Winter has a strong grip on the western United States

Emergency shelters have opened in Oregon and Washington where the weather will remain extremely cold for several days. Oregon authorities declared a state of emergency. Nevada, Utah, Idaho, Montana, and Colorado are also affected by severe winter weather. However, in the south, in Texas and Arizona, it is unusually warm at this time of year.