– Merkel will receive this much after her departure

After leaving office, German Chancellor Angela Merkel will receive monthly retirement benefits of about 15,000 euros (about 16,000 francs) according to the calculation of the taxpayers’ association. After nearly 16 years as head of government, the 67-year-old will not run in the parliamentary elections in September.

The organization announced on Friday that the pension entitlements stem from her long-term membership in the Bundestag and from her time as Federal Minister and Chancellor.

Pension entitlements are regulated by law. As for their membership in the Bundestag, they stand in the Law of Deputies, and their membership in the Federal Government in the Federal Ministers Act. According to Article 20 of the Members Act, Merkel, for example, is entitled to a maximum of 65 percent of members’ allowance for about 31 years in Parliament. However, different pension benefits are offset with each other.

Like all former chancellors and former federal presidents, a CDU politician is also entitled to a position. An office manager, speakers, printer and driver are also funded.

The race for the successor is fully open

Six weeks before citizens are called to the polls for federal elections, there is no longer any clear candidate in the polls. Many different government alliances can be imagined.

The election revolves around Angela Merkel’s successor, who will not run again. According to the polls, it is by no means certain that the Chancellery will remain in the hands of the Christian Democrats, who have appointed the chancellor for 52 of the 72 years since the founding of the Federal Republic of Germany in 1949.

In a recent Forsa poll, the CDU/CSU, currently the strongest force in the country, fell to 23 percent. By weekly comparison, this means a loss of three times, and since mid-July up to seven percentage points.

As in most other polls, the Greens remain the second strongest party, ahead of the Social Democrats (SPD), the Liberals (FDP), the right-wing populist AfD and Die Linke. In the next national parliament, at least three parties will have to join forces in order to achieve a majority.

The current black and red alliance between CDU/CSU and SPD, formerly called the “Grand Coalition”, did not have a majority for a long time. According to Chance numbers, a “Jamaica” (black-yellow-green) coalition of CDU/CSU, FDP and Greens will be possible, a “traffic light” of Greens, SPD and FDP, a combination of CDU/CSU, SPD and FDP or an alliance Leftist of the Greens and the Social Democratic Party and leftists.

Problems with the filter Laschet

For a long time, it seemed in Germany that no government would be possible without the Union, the Christian Democratic Party to which Merkel belongs and the sister party CDU, which competes only in Bavaria. If the scanning direction makes its way, it is no longer certain. If you believe the pollsters, the union has a problem with its candidate for chancellor, CDU president and North Rhine-Westphalian Prime Minister Armin Laschet.

Because if the head of government in Germany were directly elected, then, according to an Insa poll last week, 27 percent of voters would choose the SPD candidate, Federal Finance Minister Olaf Scholz. Laschet will only get 14 percent and head of the Green Party Annala Barbuk to 13 percent. 36% of those surveyed said they did not want to vote for any of the three.

The chancellor is not directly elected in Germany, but by the new Bundestag. Only the CDU/CSU, SPD, and the Green Party have fielded candidates for chancellor. At the Union camp, Laschet was victorious on April 20 against CSU President and Bavarian Prime Minister Markus Söder. The latter was more popular in the polls, but it turned out that the governing bodies of the two bigger brother parties were stronger.

In the Union there was already discontent with a very negative election campaign, and Sodder called for more aggressiveness. Laschet promised that the election campaign will accelerate in the coming weeks, but that the first priority will be to help flood victims. As a crisis manager after severe floods in North Rhine-Westphalia, Laschet did not always seem happy, while visiting the village of Swisttal in the disaster area, he was booed by residents.

More about the CDU candidate for the position of chancellor 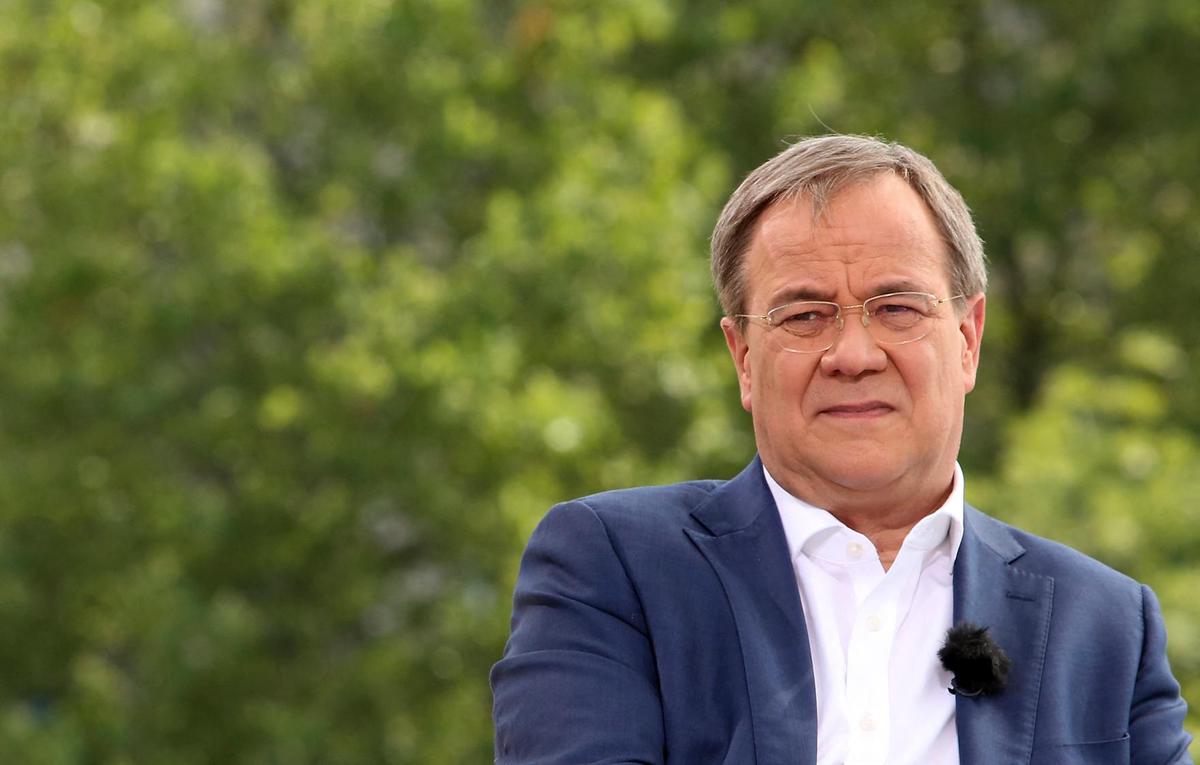 In “Bild am Sonntag” Laschet said he was betting on an election campaign that would make the differences between the parties clear. Talk about a “historic choice.”

Chancellor Laschet will likely stand behind his party colleague Merkel with more force for continuity in Europe’s largest economy. When it comes to major foreign and European policy issues, there are no major differences between most of the other parties either. However, the left resists military operations abroad, which makes it difficult for a green-red-red coalition to form if it comes to an arithmetic majority.

The Greens, the SPD and the left want to ask the country’s rich to pay more taxes with a higher income tax and wealth tax. Liberals oppose any tax increase and promise to exempt citizens. The Greens want the Environment Ministry with the right to veto bills that do not comply with the 2015 Paris climate agreement. In addition, the environmental side wants to introduce a speed limit of 130 kilometers per hour on German motorways as soon as possible. Coalition negotiations will then decide whether or not they can enforce it.

See also  Is Parc Clematis built with modern architecture to protect us from any disaster?