Ivor travels to Ireland in the new Assassin’s Creed DLC. DLC starts in Ravensthorpe – stuck dealer named Azar searches for Haytham over there.

From it one learns the siege built by rival merchants. W: A king of Ireland asks about Ivor.

“Wrath of the Druids” can be played early in Valhalla’s history, so don’t panic if you haven’t 100% done Valhalla. The missions are adapted to your level of play – so exploring Ireland isn’t a bit of a ridiculous thing.

Aside from the new map, the game is not much different from Valhalla itself. The missions follow a similar pattern to the main game – which is a little disgraceful. The mission structure that we’ve seen so much in Valhalla gets boring after a while because you can predict what comes next. Each “Alliance Mission” is more or less based on the same structure, only with different characters – there might be an unexpected battle between them, but it’s about that.

“The Priest’s Wrath” is very exciting and will stay throughout the season. High King “Flann” is trying to unify the country – leading to political tensions between different religious groups. In the context of the downloadable content, Ivor learns about an extremist “priest group” – which in the game reminds us of a kind of “Order of the Elders” and acts accordingly. However, it is not quite what you might think. Ivor believes you have magical abilities. And yes, they are!

I can recommend DLC to “Assassin’s Creed Valhalla” fans and Irish fans. But if you are expecting a further improvement or development in Valhalla’s gameplay, you should avoid “Wrath of the Druids”. 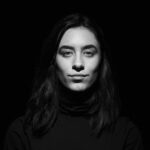 Anja C. Kuhn is a content creator and head of social media at eSports.ch. With her past experience as a photographer and videographer, she brings a lot of specialist knowledge and creativity to the table. Her passion is also for various games and social networks, as she knows the latest trends and puts eSports.ch perfectly there.