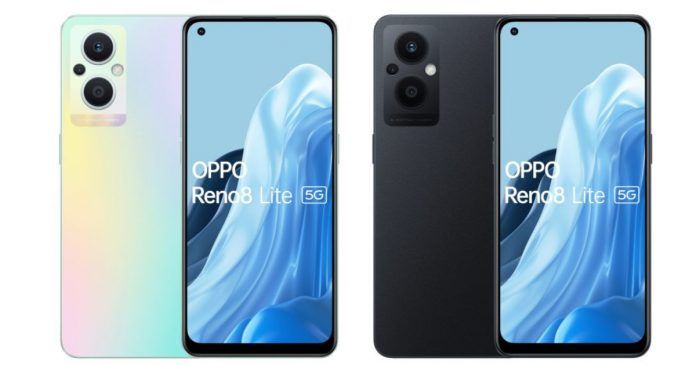 Oppo Reno 8 series may appear soon. The company is expected to launch the successor models of the Reno 7 series in China later this month. Oppo is said to be releasing at least three devices in the series. These phones include Oppo Reno 8, Reno 8 Lite and Reno 8 Pro. Before the official launch, some of the hardware details have surfaced on the internet.

Oppo Reno 8 Lite 5G is expected to be launched in China later this month. Before the launch, the main specifications of the device were leaked online. According to the leaked details from WinFuture, the Reno 8 Lite will look very similar to the Reno 7Z that was launched in Europe. The phone will have a flat screen and a slightly thicker chin. It will also have a triple camera setup on the back. The phone will be launched in two colors – black and rainbow silver.

According to the report, the device will have a 6.95-inch AMOLED display with Full HD + resolution. The screen supports a refresh rate of 90Hz. It will have a hole for the front camera in the upper left corner.

The device is powered by a Qualcomm Snapdragon processor

powered. The SoC is paired with 8 GB of RAM and 365 GB of internal storage. There will be support for storage expansion via a microSD card slot.

As mentioned above, there will be a three-camera configuration. The phone has a 64MP main camera with phase detection autofocus. There will also be two 2-megapixel sensors for depth measurement and macro photography. For selfies and video calls, the phone has a 12MP front camera sensor.

Under the hood is a 4,500mAh battery with 33W fast charging support. The phone runs Android 12 with a layer of ColorOS. on top. It also comes with a 3.5mm headphone jack and a fingerprint scanner.