The US Open without Wimbledon winner Novak Djokovic would be “ridiculous” for John McEnroe.Photo: imago-images.de

Wimbledon winner Novak Djokovic is having a frustrating summer. Since the 21-time Grand Slam winner has not been vaccinated against the coronavirus and does not want to be vaccinated in the future either, he will miss all the important tournaments in the coming weeks. 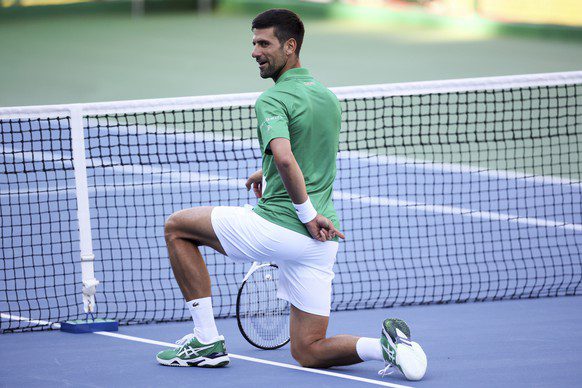 After Wimbledon and a few small sand tournaments in Europe, it will be the ATP tour abroad from August. The program includes the Masters 1000 tournaments in Montreal and Cincinnati as well as the US Open in New York. As an unvaccinated person, Djokovic is currently not allowed to enter Canada or the USA.

The Serb, ranked 7th in the world, will need an exemption, but he won’t get it now. “Covid-19 is not over yet. Canadian Health Minister Jean-Yves Duclos said when asked about the topic, that the rules apply to everyone. Tournament director Eugene Lapierre added: “The situation is clear – either Canada changes the regulations or Djokovic has to up his sleeve and vaccinate.”

So far there has been no indication from the US Championships that Djokovic can give hope. For John McEnroe, the US Open without the Serb would be “ridiculous”. “I don’t agree with his decision not to vaccinate,” the seven-time winner said in an interview. Tennis365.com At first it is clear. ‘But I respect him. He is in excellent health and carefully examines every substance that enters his body. It is really a shame to be portrayed in such a bad way by the media.”

Djokovic should also be able to take part in the last Grand Slam of the year, after all, the best should always be able to compete with the best. “I sincerely hope he can compete in the US Open. Someone has to find a way to bring him in. We need a champion like him.” Djokovic doesn’t really get the credit he deserves. “There is no doubt that he is one of the best people ever.” 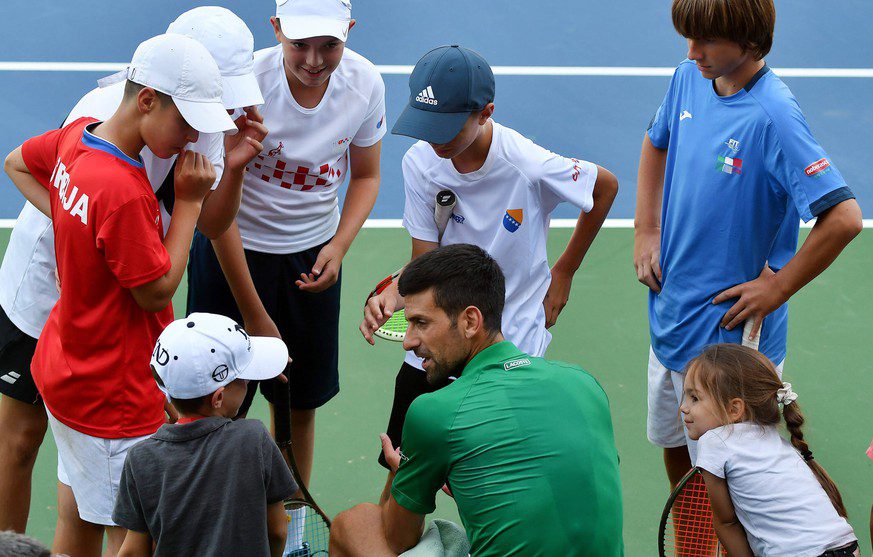 In Bosnia, Djokovic is guiding young fans to the secrets of the game of tennis.Photo: imago-images.de

A group of fans are also fighting for Djokovic’s participation in Cincinnati and at the US Open. The so-called “Knoll Femme” was already before Wimbledon I launched a petitionTo persuade the USTA to put pressure on the US government to obtain a special entry permit. More than 13,000 signatures have been collected so far.

Djokovic himself does not seem to have given up yet. A week and a half before the tournament begins, the long-time world number one is still on the tournament entry list. However, the 35-year-old Serb treated this way before Indian Wells. But in the end, he had to withdraw from the tournament in the California desert due to his vaccination status. (Before)

Tennis player with at least two Grand Slam titles (since 1968)

Tennis player with at least two Grand Slam titles (since 1968)

The boy wants to know where Roger got his nickname “The Goat” from.

ambri-buta He has the Swedish defender for the next two seasons Tim Head committed. The 31-year-old, who has NHL and KHL experience, recently played in Spartak Moscow. He agreed with the Russian club to terminate the current contract.