attack helicopter for australia
When the Apaches come, the tigers must go

The Australian government secures a deal with Boeing and releases billions for the purchase of 29 AH-64E Apaches. This finally closed the end of the Australian Army’s unpopular Tiger helicopters. 2025 begins her departure.

Communication between Airbus helicopters and the Australian armed forces has rarely been without conflict. It all started well: with the MRH90 Taipan, a derivative of the NH90, and the Tiger attack helicopter, Australia bought two types of “Made in Europe” helicopters and put them into service from 2004 (Tiger) and 2006 (Taipan).

However, the high expectations placed by Australia in the new acquisitions did not materialize. On the contrary: both Tiger and Taipan suffered from persistent problems and poor operational readiness. When the government was looking for a successor to both models last year, American competition rejoiced: Sikorsky’s new Black Hawk aircraft will replace the MRH90 – and new Boeing Apache helicopters will drive out the Tigers.

The Eurocopter (Airbus Helicopters) Tiger ARH did not live up to Australians’ expectations. Now it’s up to Apache to fix it.

The first Apache is coming in 2025

Australia paid $5.5 billion, or 5.3 billion euros, to buy Apache. The government in Canberra has now officially completed the investment. Prime Minister Scott Morrison confirmed the purchase on May 9, after an Apache AH-64E version won a trial with the Bell AH-1Z Viper and an improved Tiger variant more than a year ago. The Australian Army is set to receive a total of 29 AH-64Es, which are due to arrive down from 2025. Australia will also invest up to $500 million to modernize facilities to support the new Apache helicopters, Canberra said. 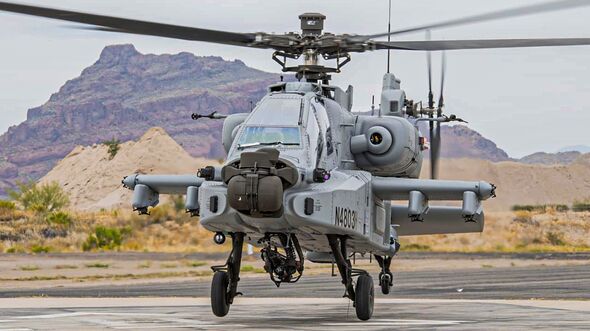 Australia receives the AH-64E Apache version (photo), but with a long-arc radar on the main rotor.

In addition to the Apache, Australia is also purchasing twelve new MH-60R Romeo naval helicopters from Sikorsky for the Australian Navy. The cost of this amounted to 2.5 billion US dollars (2.41 billion euros). Defense Secretary Peter Dutton sees this, and above all the Apache command, as a massive reinforcement of the local armed forces. “We are increasing the size and capacity of our helicopters to counter Australian threats,” Dutton said. The Apache is a “tested and reliable attack helicopter already in service with the US and UK governments” with “improved sensors, communications systems, networking, offensive capabilities and survivability”.