After the United Kingdom left the European Union, a dispute over fishing rights flared up between the French and the British: Great Britain sent two warships to the maritime region off the island of Jersey in the English Channel. The London Ministry of Defense said it was “an exclusively preventive measure”. The British are now trying to calm down. Prime Minister Boris Johnson said the ships would be withdrawn but would remain in a state of readiness.

France, in turn, sent two naval patrol ships. French European Minister Clement Boone told AFP that his country “is not subject to intimidation.” Pune called for “a swift and complete implementation of the Brexit agreement.” The French minister in charge of maritime policy, Annick Girardin, had previously threatened “retaliatory measures” if London restricted fishing rights. According to her, 100,000 Jersey residents could cut electricity flowing from France via submarine cables.

Fishermen from France demonstrated for hours with their boats directly in front of Jersey. About 50 fishing boats were placed in front of the entrance to the port of the island’s capital, St. Helier, in a way that boats coming from Jersey could not leave. The dispute is unlikely to end with the end of the port blockade. A spokesman for the Normandy Fisheries Association told Reuters that initial talks with Jersey authorities over fishing rights “were not particularly positive”.

EU fishermen’s access to British waters and fishing were spelled out in the Brexit trade deal at the end of December after a long-running dispute. Fishing rights were one of the sticking points in the trade agreement, which has been in effect since May 1. The British should allow fishing boats only in their areas that have been active there since 2012. French fishermen complain that proving this is not easy. From 2026 onwards, European fishermen will give up a quarter of what they catch in British waters, which equates to losing around € 650 million annually. 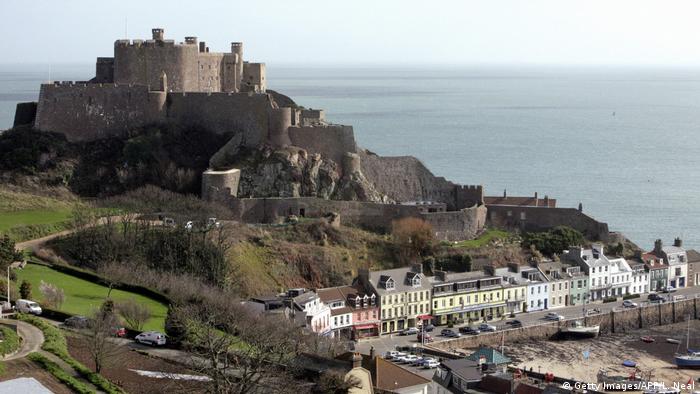 According to information from Paris, only about 40 French ships are allowed to lay their nets off Jersey. Accordingly, license applications have been submitted for more than 340 boats. The Jersey Administration affirms its strict adherence to the Brexit agreements.

The European Union Commission has warned the conflicting parties to exercise restraint. A spokeswoman for the committee said the points of disagreement should be discussed calmly. Meanwhile, Brussels authorities complained about a British breach of the Brexit trade agreement. “The Commission made it clear to the United Kingdom that the terms of the Trade and Cooperation Agreement were not being respected,” the commission said. If the European Union formally identifies a violation of the UK Trade Agreement, an arbitration proceeding can be initiated. But that road is still a long way off, according to the European Union Commission.

Jersey and the other British Channel Islands are not part of the United Kingdom as the direct ownership of the Crown. It is administered independently, but London is responsible for both foreign and defense policy. Jersey is about 14 miles from the French and 140 kilometers from the British coast.