The Toronto Transit Commission (TTC) has decided to purchase 300 additional electric buses. These buses should start operating between 2023 and 2025 – and the carrier’s existing e-bus fleet of 60 buses should be strengthened.

In the context of the new order, TTC plans to invest 300 million Canadian dollars (about 200 million euros). This includes warehouse modernization expenditures in cooperation with Toronto Hydro and Ontario Power Generation. TTC’s overarching goal is to have a fleet completely emission-free by 2040. However, the carrier also plans to fill the gap with full hybrids: Six months ago it decided to purchase 300 more hybrids for $ 390 million. While the HEV will be delivered from 2022, 300 fully electric buses will follow through the beginning of 2025.

Interestingly, as reported, the Toronto Transit Commission is currently using 60 e-buses from three manufacturers and explicitly comparing them in order to gain knowledge for more projects in Canada. 20 e-buses each come from BYD, New Flyer and Proterra. “The differences between all three E-bus models, including the effect of charging on overall performance, will be determined in the additional context of the TTC comparison in order to provide information about future purchases of electric battery buses,” he said in September 2020 in a call from the carrier.

With the announcement of the purchase of 300 new e-buses, TTC is now also connecting with the announcement of the preliminary evaluation results. The analysis found, based on nine criteria, that “New Flyer’s NFI XE40 was the only electric bus model that met or exceeded TTC targets in the four major areas of system compatibility, accessibility, vehicle performance, and manufacturer performance,” the company said. . According to the announcement, this does not indicate anything about the upcoming contract award: The upcoming bid for 300 buses by TTC is said to be available to all suppliers.

TTC also confirms that improvements are required on all E-bus platforms and that everyone has assured that they will continue to work on their models. The problems identified in the analysis are usually said to have affected bodywork wear and accessibility, but not essential elements such as electric motors or batteries in buses.

Meanwhile, the transport company announces the partners with whom it will be planned to develop the property. Accordingly, Toronto Hydro will modernize the TTC property’s operating infrastructure. With Ontario Power Generation, there is also a company on board that “is involved in financing, designing, building, owning and operating” the freight infrastructure on the TTC property. 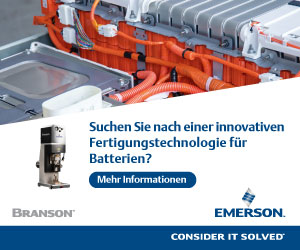 At the beginning of March, the Canadian government aptly announced that it would invest a total of $ 2.75 billion (well 1.8 billion euros) between 2021 and 2026 in promoting purely electric buses – including school buses – and their charging infrastructure. $ 2.5 billion will be available to municipalities, transportation companies and school authorities starting this year, and will “support the government’s commitment to support the purchase of 5,000 zero-emissions buses over the next five years.” The program is part of a larger eight-year $ 14.9 billion investment plan Prime Minister Justin Trudeau unveiled a few weeks ago for public transport.

With this funding, Canada wants to kill many birds with one stone – that is, to create jobs, stimulate economic growth, and ensure a cleaner environment and more closely networked societies. Several electric bus manufacturers are active in the country, such as Nova Bus in Saint-Eustache, Lion Electrique in Saint-Jérôme, GreenPower in Vancouver, and New Flyer in Winnipeg.
electricautonomy.caAnd the twitter.com 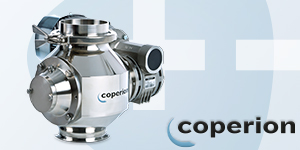