VADUZ – To mark the 70th anniversary of Queen Elizabeth II’s accession to the throne, British Ambassador Jane Owen hosted a high-profile reception at the Kunst Museum on Wednesday, 8 June.

In addition to Liechtenstein representatives from politics and society, among the participants was Foreign Secretary John Glenn of Britain’s Treasury, the government announced on Wednesday. Prior to the reception, Prime Minister Risch and Secretary of State Glenn held a business meeting.

At the beginning of the reception, government adviser Dominic Hassler gave a short speech in which he congratulated the Queen on her wedding anniversary. It also highlighted the friendly and long-standing relations between Liechtenstein and the United Kingdom. 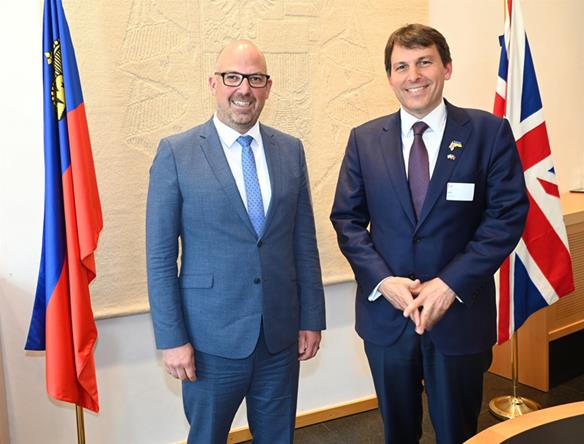 As part of their exchange, Prime Minister Daniel Rich and Secretary of State Glenn discussed cooperation between Liechtenstein and the United Kingdom, particularly in the financial services sector, and Liechtenstein’s experiences in regulating the token economy.