Neymar has been one of the players with the best career in the world of football, going through some of the most important teams and leaving an indelible mark thanks to his complete game style.

Neymar made his professional debut at the age of 17 in the youth categories of Brazil’s Santos team and since then he was the most promising youth player in the world winning three Paulist championships in a row, a Brasil Cup, and a Libertadores Cup.

A little bit about Neymar’s history

He made his debut for the Brazilian national team at the age of 18 and has scored 64 goals in 103 matches, being the second top scorer in this team behind Pelé.

His play style has been key for this team. Thanks to him they were able to win the South American sub-21 in 2011 and the Confederations Cup in 2013, where he won the Golden Boot award. Keep reading to learn more about Neymar.

Off the field, Neymar has also become a benchmark in many areas, becoming one of the most lucrative athletes of recent years, as he was named the athlete with the most marketing power in the world in 2012 and 2013 by SportsPro.

All this impeccable trajectory made Paris Saint-Germain very interested in the Brazilian player,  in 2017 they wanted to include him in their team.

The amount of the transfer of Neymar from Barcelona to Paris Saint Germain reached 222 million euros, becoming the most expensive signing in the history of football and according to the papers to which several media have had access, the complete transaction had a total cost of 489,228,117 euros.

The most expensive in the history

In 2016 the Frenchman became at that time the most expensive transfer in the history of football, after Manchester United paid Juventus a good handful of pounds sterling that, in return, established a total of 105 million dollars. 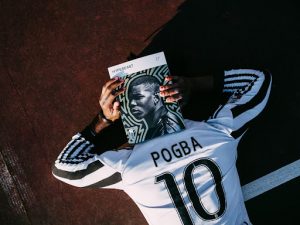 In the summer of 2019, the belgian cost Real Madrid 100 million euros plus another 30 million that were fixed in concepts of variables.

He has made history in many ways, one of those was with the cost of his transfers.

In 2009, Real Madrid bought him from Manchester United for 96 million dollars, a disbursement that no club had ever made.

Then in the summer of 2018, the 117 million that Juventus deposited in the account of the Spanish club made the highest purchase since Serie A exists.

Manchester City jumped the bench in the summer of 2021 with the signing of the Aston Villa captain and one of the fashionable players of the Premier League with a cost of 117.5 million euros.

Barcelona took advantage of the lowering of the Frenchman’s clause from 200 to 120 million to take it away from Atletico Madrid, despite the fact that this team struggled to keep the Frenchman. 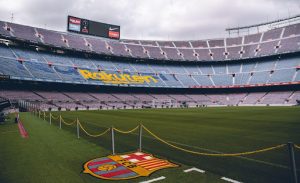 Atlético de Madrid surprised and bet very strongly on the ‘menino’ of gold, paying the 126 million to Oporto and had to add the 1.2 million of the solidarity mechanism.

His case was the first and most notorious loan with an option to buy when Monaco sent him on loan to PSG with a large payment obligation of 145 million, being also one of the most expensive players of the Parisian team.