Colorful patterns instead of pedestrian crossings can make pedestrian and bicycle traffic safer. This is shown by street artwork from the Asphalt Art Initiative. And they turn gloomy places into colorful squares.

Before and after – or once with and once without color.

If there are bright colored patterns on the asphalt, then the risk of accidents is lower than on a gray rough surface. Especially when it comes to walking and cycling. This is because those involved are more attentive on the road and are more likely to abide by traffic rules. This is the finding of a study in which the effects of a total of 22 “Asphalt Art Initiative” street art projects in the United States were examined.

Bloomberg Philantropies, a charitable foundation founded by former New York City Mayor Michael J. Bloomberg, is behind the researched work and others in the initiative and study. Large-scale artwork for driving and walking inspired efforts to improve pedestrian safety and revitalize streets in New York during the Bloomberg era (2002-2013). “More than 40 cities have demonstrated the effectiveness of the Asphalt Art initiative in engaging citizens to make their public spaces more attractive and safer,” Bloomberg said.

Glasgow, London and Amsterdam are all colorful

Now the color wave should extend to Europe. She already has it in Glasgow, London and Amsterdam. London has a total of twelve geometric patterns, some in neon colour, that lead to crossing streets rather than pedestrian crossings. In Amsterdam, it invites cubic wooden elements and colored rectangles as a genre Visit the artwork to discover and continue with it. Meanwhile in Glasgow, playful shapes at the entrance to a buzzing S-Bahn station near a motorway underpass turn a bleak place into a colorful world.

European cities with a population of at least 100,000 people have until July 11 to submit proposals for participation in the “Asphalt Art Initiative”, which will then be implemented in 2023. The winners will be selected this fall: in addition to financial support they also receive support In the form of technical knowledge during implementation. (mayo)

More information about the application and requirements at www.asphaltartbloomberg.com 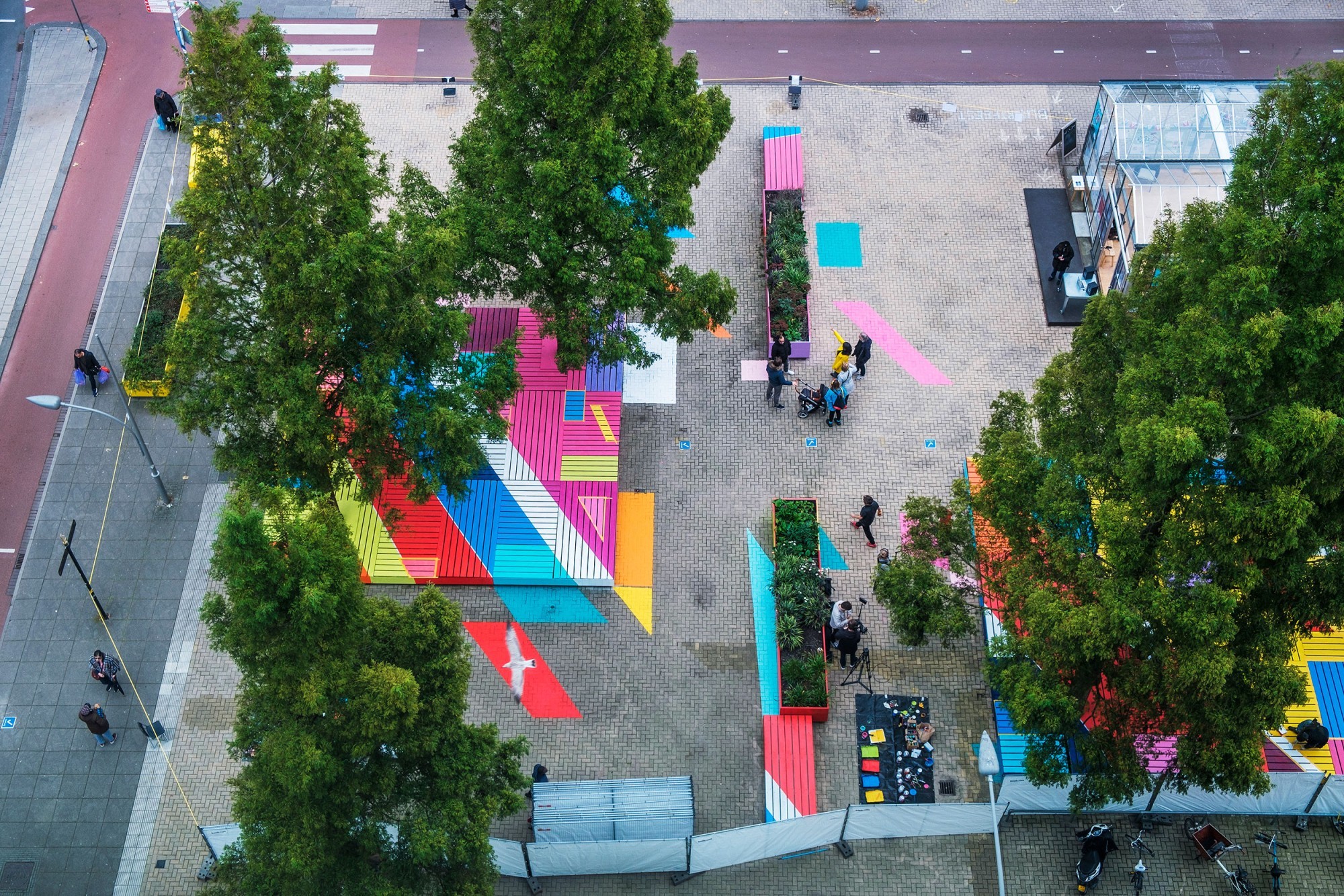 Diamonds, triangles and squares in Amsterdam. 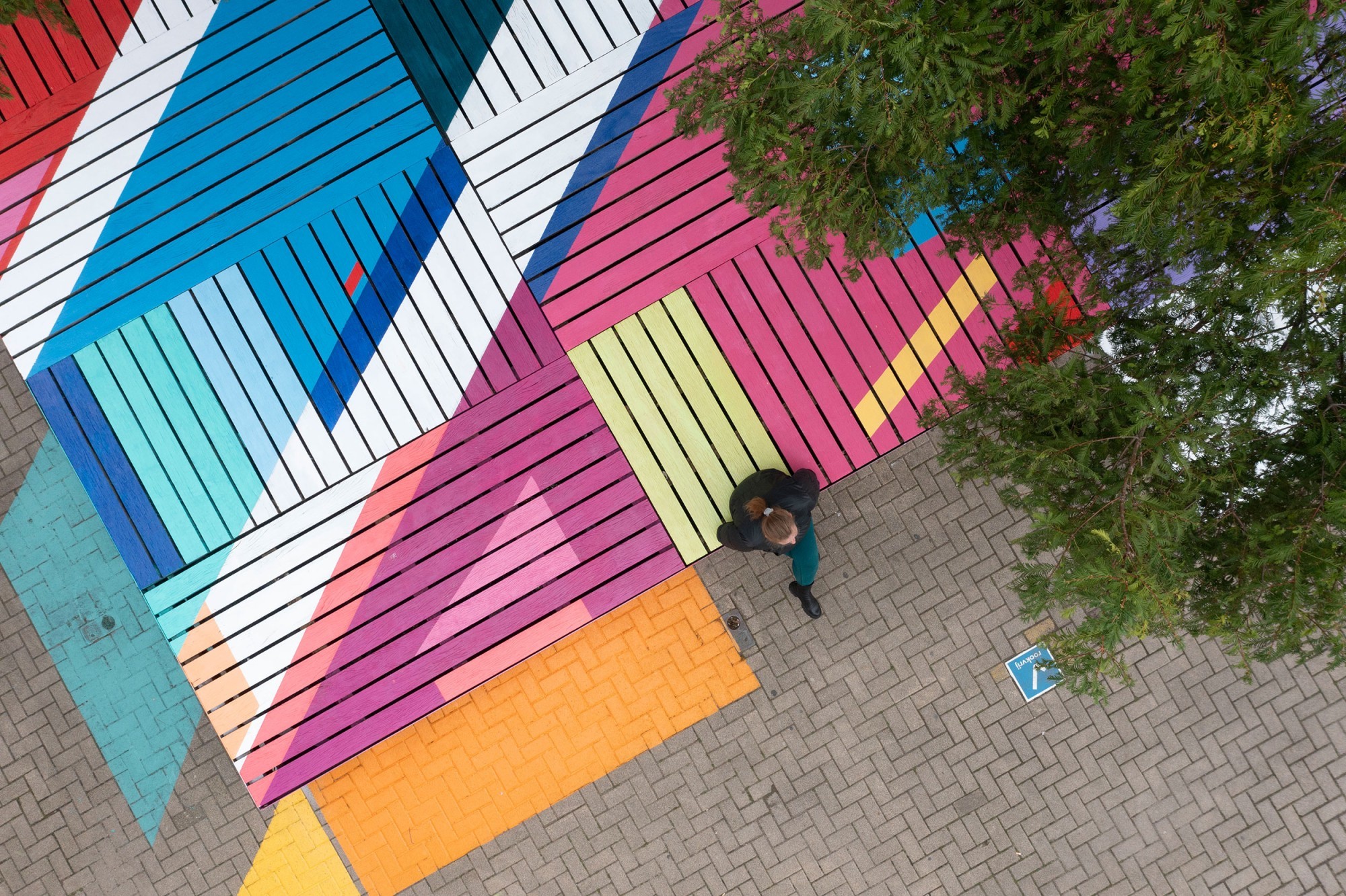 Decorative wooden elements invite you to relax with “surround sound” from Kenor in Amsterdam. 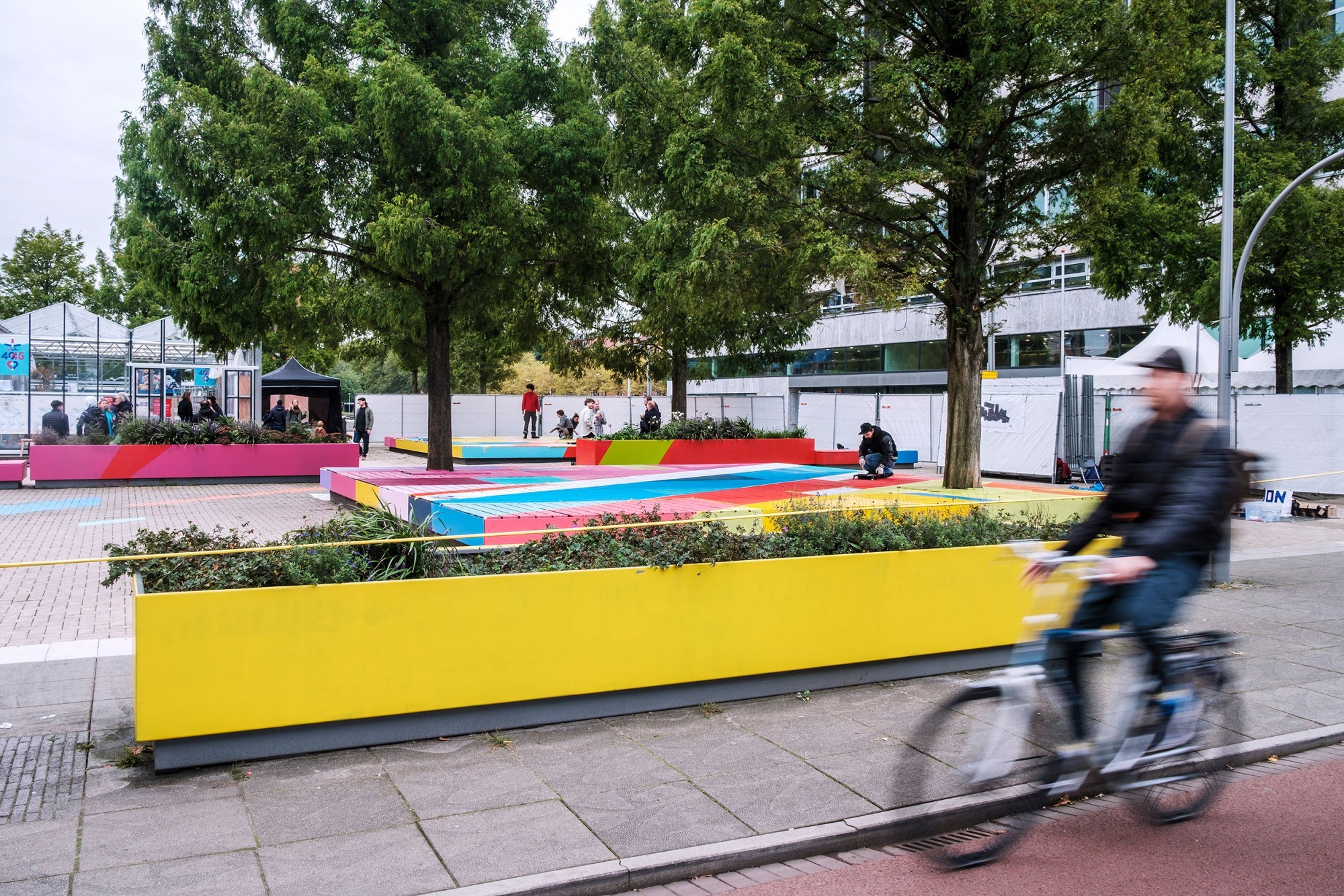 The plant in Amsterdam also has flower boxes. 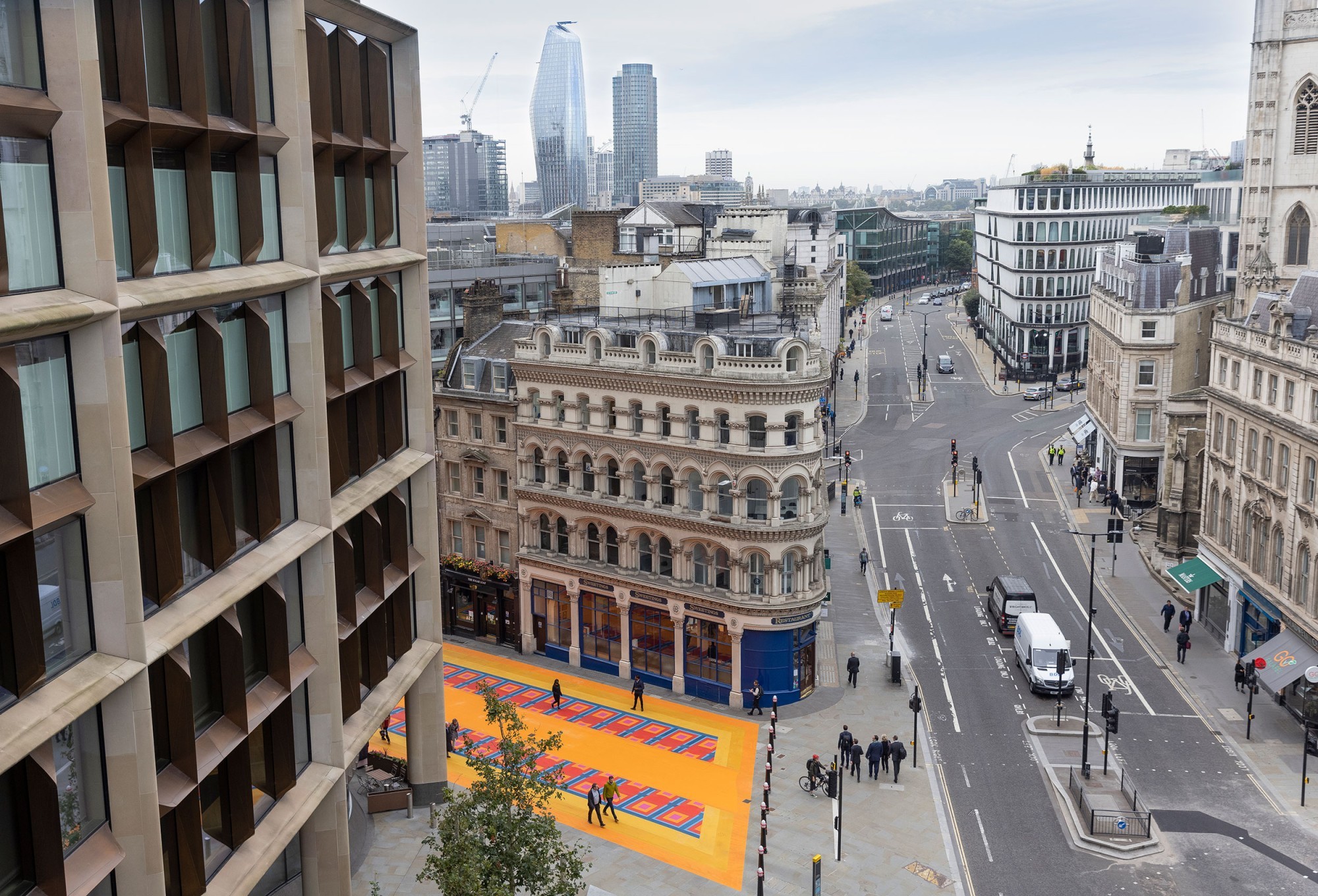 Also unmissable from above: a bird’s eye ‘zoom’ style. 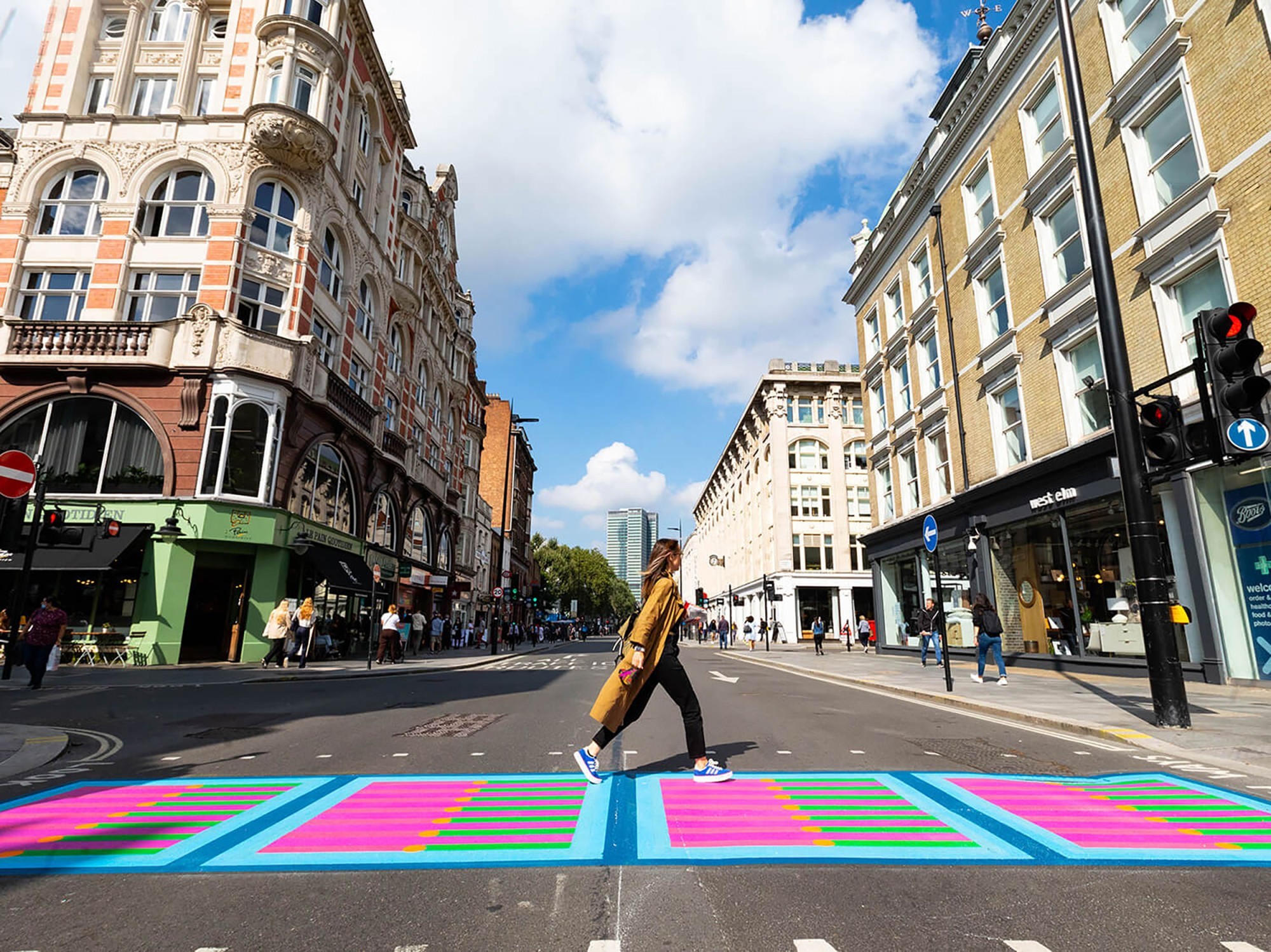 Behind the bright patterns of “Bring Together” in London are Yinka Ilori and students from the London School of Art.