Most Mac users feel sufficiently immune to malware. Not quite wrong: Thanks to macOS’s core security concept, Apple’s Gatekeeper, and malware removal tool, attackers are finding it hard to put malware on Cupertino laptops and desktops. The attacks on iPhones and iPads are less promising because these devices can only get apps from the App Store that have been tested by Apple. But you shouldn’t be too careless, at least that’s what Microsoft thinks and now also offers its own in-house “Defender” antivirus for macOS and iOS or iPadOS.


Anti-malware solution for macOS, iOS, Android and Windows
With its own admission, the Windows group takes into account the fact that private users also use devices with different operating systems these days. with Microsoft Defender for Individuals That’s why the company offers an anti-malware solution designed to protect iPhones, Android smartphones, Windows PCs, and Macs alike. However, the program is not free, but requires a subscription to Microsoft 365, which is available in the individual version from 7 euros per month, the family version costs 10 euros per month. This includes many other programs, primarily Word, Excel, PowerPoint, Outlook, and the cloud service called OneDrive. 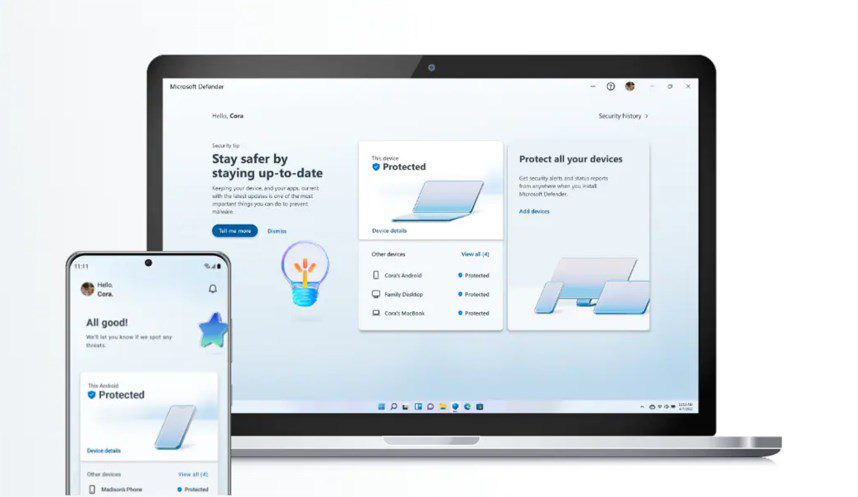 The dashboard provides information about the security status
On macOS, Microsoft Defender is a complete anti-malware tool that constantly monitors the system for malware and, if necessary, issues real-time warnings. According to Microsoft, anti-phishing functionality and online protection are also integrated. The central element is the so-called dashboard, which provides information about the security status of all devices associated with a Microsoft 365 subscription and recommends measures if they are necessary. In addition, users receive tips on how to improve overall security. Antivirus software from other manufacturers already installed, such as McAfee, Avira or Avast, is taken into account and integrated into the dashboard.

See also  How do screens work? From LCD to OLED and Micro LED

Limited functionality on iPhone and iPad
On iPhone and iPad, “Microsoft Defender for Individuals” offers fewer functionality due to the system. As is known, iOS and iPadOS do not allow constant monitoring of malware. Thus, Redmond’s anti-malware tool is limited to web and dashboard protection for Cupertino smartphones and tablets. Microsoft wants internal input Security Blog According to the in-house anti-malware tool constantly expanding with additional functions, the company has already announced protection against identity theft and support for secure online communications.

How does Rapid Security Response work in macOS Ventura?