Today I’m in the App Store via a Plane Finder story (App Store Link) stumbled. An app that I have used for a long time, but now fully revised and equipped with a new payment model. A subscription, of course, I’m not necessarily a fan of.

But I find the story behind the app fascinating. The first version of Plane Finder, created by Lee, Jodie Armstrong and Mark Daniels from Great Britain, appeared on the App Store in September 2019.

“At first it was more than just a hobby. I had a standard receiver in the attic covering the south of the UK, Armstrong explains in the App Store about the early days of flight tracking. What many don’t know: Plane Finder doesn’t get aircraft flight data from somewhere What, but he collects it himself.

“Most of the receivers are now in someone’s attic or on the roof,” says the developer. The company now has more than 5,000 receivers in use around the world. “What amazes me most is that some of our receivers are in really remote places – in the middle of the woods or on the roof of a secluded cottage.”

You can recover this data using Plane Finder

First of all, Plane Finder offers what you may already know from other apps. Airplanes are displayed on the map, there is information about the airline, current speed and altitude, and route history.

And the augmented reality mode is basically nothing new. The camera starts and points your iPhone or iPad toward the sky, and the plane in the desired radius is immediately marked with a small sign that shows the most important information. With the update to version 14.9.0, Plane Finder offers an improved AR mode with faster load times, improved accuracy, and new gesture control. 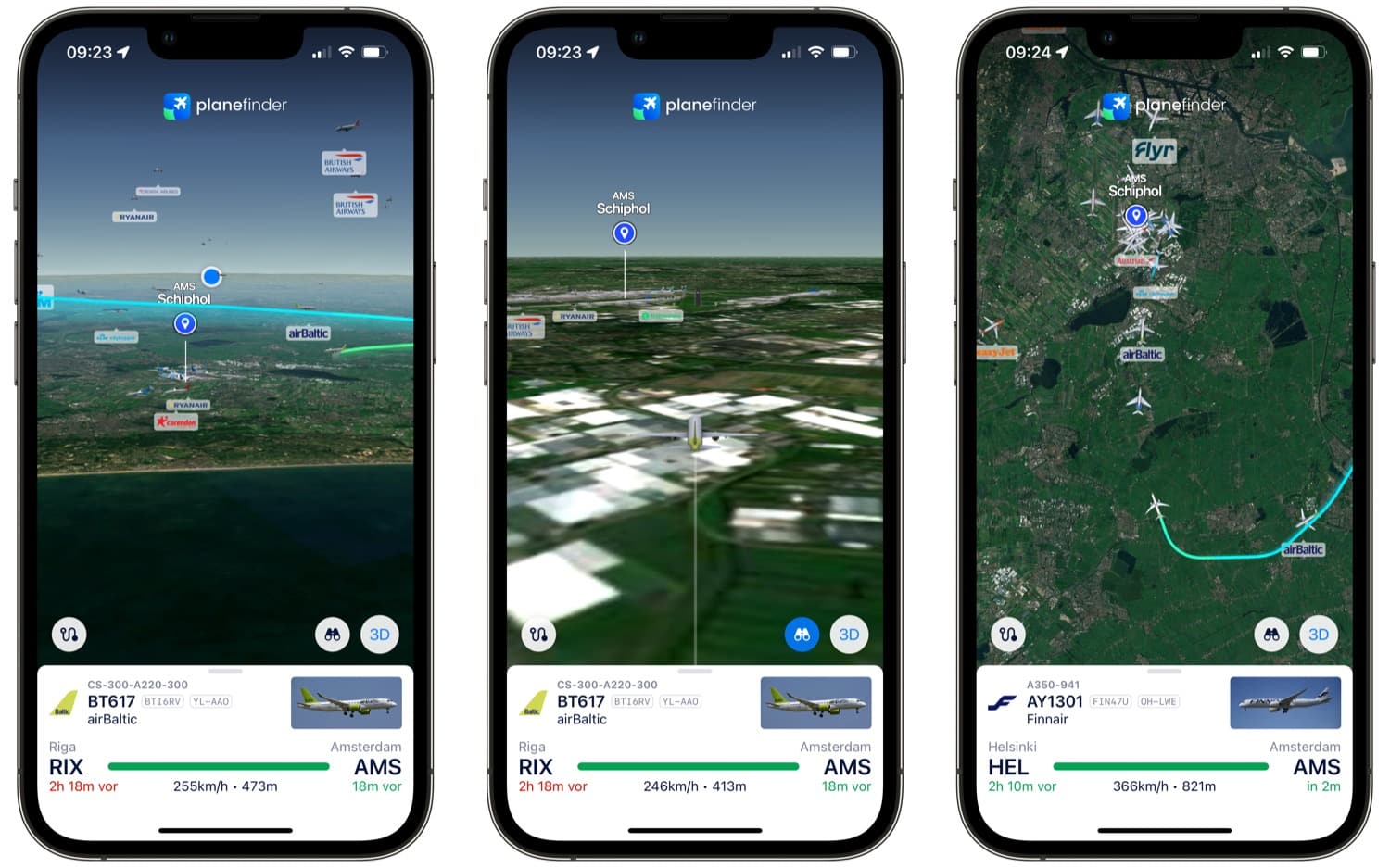 However, I find the 3D mode more impressive. Here you can travel around the world and see models of small aircraft in the sky. The perspective can be adjusted freely and even locked directly behind the aircraft. For example, you can take a landing approach, with live data feed, like in a flight simulator. My only wish: photograph the floor in more detail.

What was built there is really impressive – and with a background of knowledge From the current story More exciting on the App Store. It is a pity that all functions are only available through a subscription, but at least you can try the first three months for free and you can cancel with a few clicks of your finger. Other than that, the full version of Plane Finder costs €1.99 per month or €10.99 per year. At least it’s not expensive.